The role of science in society and government has been evolving rapidly over the past decade. New alliances are being built and lessons from around the world will be shared at the first meeting of the world’s science advisers taking place next month.

After five years at the sharp end of science policy, Sir Peter Gluckman knows a thing or two about the art of giving science advice to governments. 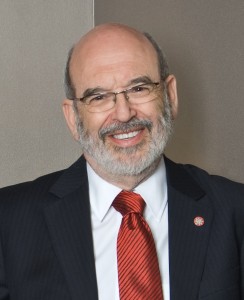 Join him on Twitter at 10am CET on Thursday 14 August to discuss how the relationship between the science community and policy makers can be better managed, how strategic science advice can help governments deal with crises, what science advisors do when the evidence contradicts entrenched political positions, what models of science advice are working in different countries and whether there are any common principles to build trust, influence, engagement and independence.

Read more about his experiences in this blogpost.

How to participate: Tweet YOUR questions (making sure to include #SciAdvice14 so we see them) between 10-11am CET on Thursday 14 August. If you can’t make it during that time, we’ll also be accepting questions ahead of time.

This twitter chat is part of the social media activities for the Global Science to Governments conference taking place in Auckland from 27-29 August. Everyone is welcome to take part in the social media efforts. Join the team here: http://bit.ly/1obGCsL