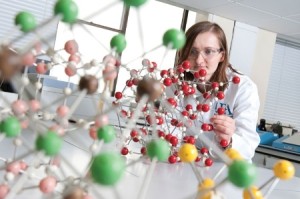 Many high-level science advisory panels are drawn from a list of the usual suspects, said Jacquie McGlade, chief scientist of the UN Environment Program at the world’s first conference on science advice to governments held in New Zealand at the end of August. She called for diversification - giving “old boys’ clubs” a reshuffle to include more women and early-career scientists.

I couldn’t agree more with her refreshing perspective. After all, to paraphrase Einstein, we can’t solve problems with the same kind of thinking we used to create them.

One example of creative thinking arising from early-career participants in the Science Advice to Governments conference is a “Science Advice” Wikipedia page — a crowdsourced initiative to document national science advice structures, identifying the institutions and individuals that advise national science policy worldwide inorder to facilitate connections between science and policy, as well as to help diversify science advice to governments.

We welcome contributions to update the accuracy of the page; you can just create a free Wikipedia account and start editing, or join our 24 hour Wikibomb on October 24, where people from all over the world will be updating these Wikipedia pages.

As citizens re-evaluate the role of scientists in society, early-career scientists are critical voices to contribute to using and interpreting science for the public good, from disaster preparation to air and water quality to energy policies. Early-career scientists (including those pursuing or having recently completed advanced science degrees, and those who have come to science after other careers) can offer an essential fresh perspective and capitalize on their knowledge of current societal innovations.

Early-career scientists also stand to benefit from the opportunity to gain more knowledge about the policy world, learning from the experience and perspective of policymakers and shaping their research questions to be more relevant from the start.

In the same way that navigating the intricacies of the peer-review process or submitting a successful research funding proposal might baffle the sharpest politician, finding the right policy audience who cares about your research, and getting the necessary skills to communicate effectively with them, can be time-consuming and confusing for scientists unfamiliar with the sometimes byzantine system of government.

This is especially true in an international arena, since the Science Advice to Governments conference showed us that every country has its own unique structure for policymaking, and entry points for scientists to contribute (summarized in this Guardian blog post by James Wilsdon).

Fortunately, there are a growing number of programs that train and support early-career scientists in contributing to policy.

For example, many research societies offer resources and training for students and other early-career scientists. A recent newsletter from the European Geophysical Union summarizes a variety of European programs that involve early- to mid-career scientists in advising government through agency internships, policy fellowships, programs pairing scientists and parliamentarians from France, Belgium, and the UK, and more.

At the national level, there are now 22 countries with National Young Academies, supported by the international network of the Global Young Academy. In many cases, these Academies are already involved in science policy and are an excellent resource to engage early-career scientists. In the UK, the University Research Fellowship program of the Royal Society provides broad, long-term support for top researchers starting their careers, giving them the intellectual freedom as well as practical training to get involved in outreach and policy while based in a research career.

Science communication and media training is increasingly recognized as a key component in graduate curricula; resources like the book Escape from the Ivory Tower, as well as workshops and courses run by departments as well as professional science communication groups like COMPASS focus on providing training in these essential skills early on in the development of a scientist’s research career.

Short-term fellowship programs, like the week-long conferences held by DISCCRS for interdisciplinary climate change researchers, or the networking conferences sponsored by the International Council for Science and the International Social Science Council, supported by the German Research Foundation (DFG), on topics such as the future of food, provide exciting opportunities to establish new networks of peers from across disciplines, jointly develop research agendas, and find ways to communicate research to broader audiences.

Senior scientists as mentors and advocates

Despite the many excellent programs available to engage scientists in policy, talented people may often be overlooked simply because they aren’t aware of opportunities or don’t apply for them.

Senior scientists can have a tremendous individual impact by reaching out to early-career researchers with mentorship, offering advice and making them aware of opportunities where they could contribute their scientific perspective to policy (see this excellent guideline for mentors of graduate students from the University of Washington).

Senior scientists can also advocate for diverse representation on all leadership opportunities, from hiring and funding panels to institutional boards to government advisory committees.

To facilitate a more inclusive pool of scientific expertise, Jacquie McGlade suggested developing a “yellow pages” of early-career scientists that science advice panels could draw from. It would be a great start to coordinate between the many existing programs and networks for early-career scientists in policy already mentioned, and to make top science advisors aware of them as talent pools from which to draw.

Engaging beyond the ivory tower

Institutional support at the departmental and university level is also essential for setting incentives for early-career scientists working within the academy to engage more broadly. I’ve been fortunate to have supportive mentors and institutions that encourage outreach and public involvement. But for many early-career scientists, the pressure to focus on high-profile publications at the expense of all else is intense.

Institutions should consider alternative metrics of research impact that go beyond the holy journal impact factor and individual researcher h-index (which, in some systems, are being used to set salaries) to encourage scientists at all career stages to engage more broadly and make their science useful to society.

Alternative metrics, or altmetrics, of research impact already include measures like the number of shares on the social media site Twitter, which can freely connect researchers, policymakers, and citizens from all over the world in conversation.

Phil Campbell, editor in chief of Nature, suggested at the Science Advice to Governments meeting that useful research could be made more prestigious if research impact were also assessed by its contribution to real-world changes (for example, in establishing new clinical practices or national guidelines). Such assessments could be made by non-academic panels, based on their practical experience.

When the head of the world’s most prestigious peer-reviewed scientific journal is advocating for going beyond the impact factor, you know change is in the air.

Indeed, change is afoot, particularly with regard to early-career scientist representation.

At the General Assembly of the International Council for Science (ICSU) immediately following the Science Advice to Governments meeting, I chaired an early-career scientist panel where we highlighted the contributions early-career researchers could make to science, as well as areas where we needed more support. (See my website for more explanation, presentation text and slides.) ICSU is like the United Nations of science; its members are national academies and scientific unions that represent the highest level of scientific governance. We were thrilled that ICSU members unanimously voted to support the areas outlined above, specifically to:

Many of ICSU’s national academy and scientific union members already have strong programs to support early-career scientists, and I expect many more innovative programs to emerge as this becomes an increasing focus for strengthening the foundation of science.

I’m encouraged to see this international support for involving early-career scientists in policy. I hope our Wikipedia page will be a first step towards making the structure and the players in science advice to governments more accessible, document efforts and gaps to engage early career scientists in policy, and start encouraging scientists from every corner to get involved in sharing their knowledge.

Kimberly Nicholas is an Assistant Professor of Sustainability Science at Lund University in Sweden. She researches how climate change affects crop yields and quality, and how we can more sustainably manage ecosystems in a rapidly changing world. She holds a PhD and BSc from Stanford University, and MSc degrees from the University of Wisconsin-Madison and the University of California-Davis. She has compiled perspectives on early-career issues from the Science Advice and ICSU conferences in this Storify story. Follow her on Twitter at @KA_Nicholas.